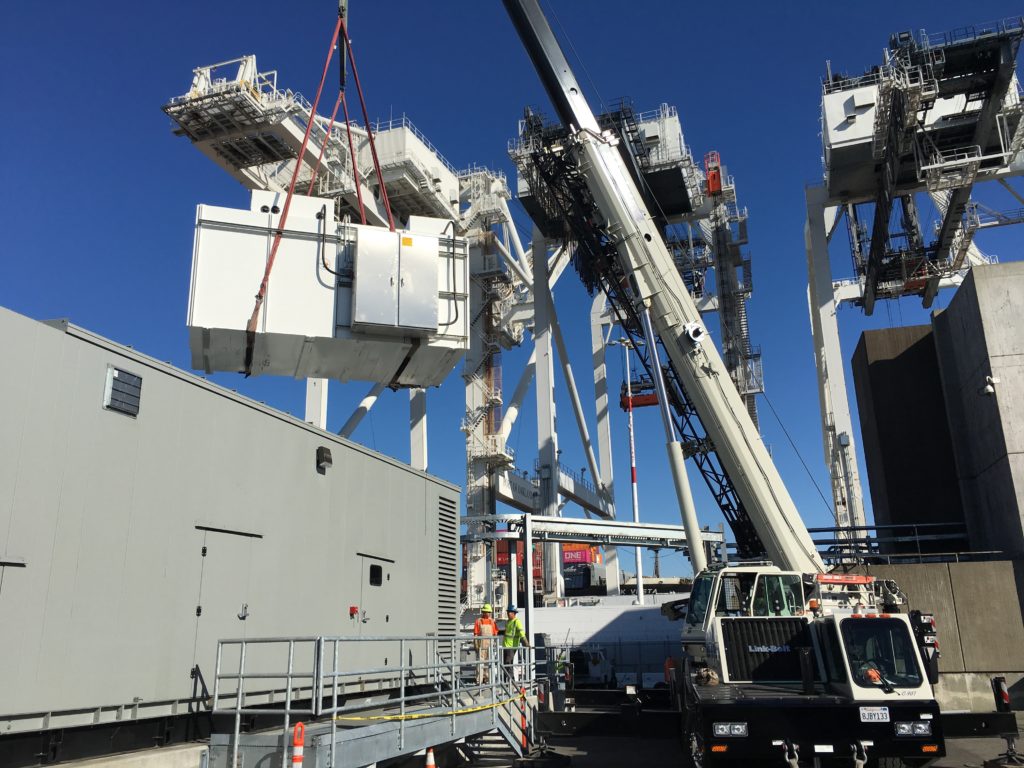 Every day 430,000 people commute to San Francisco on BART. Few knew that until today, the lights in the Transbay tunnel were backed up for a couple of hours by batteries alone. Today, with the help of giant new generators and a brand new fuel tank with Remote Fill, Controls, Tank Gauging and Leak Detection by Remote Fill Systems, the tunnel has 24 hours of backup power for the lights and the important ventilation fans inside the tunnel.

Because the tunnel entrance is within the Oakland freight terminal, literally 50 feet from bay water, all of the exterior enclosures are 316L stainless steel. And since the intent is to provide backup power after an earthquake, all of the Controls and Remote Fill System, tank and piping are special seismic certified to survive a 9.0 earthquake.

BART is the fifth-busiest heavy rail rapid transit network in the United States with an average of 411,000 weekday riders and 118 million annual passengers during fiscal 2019. The Bay Area Rapid Transit Agency, established in 1957, operates the BART. Between 1972 until 1974, the original system opened in phases. The Silicon Valley BART Extension, in collaboration with the Santa Clara Valley Transportation Authority (VTA), is set to open in Milpitas and Berryessa (San Jose) in 2020.

The BART equipment was largely undamaged during the Loma Prieta earthquake of 1989. A 2010 study shows that some of BART’s overhead structures could collapse along with some Bay Area freeways in a major earthquake, which has a significant likelihood of occurrence within three decades. In recent years, seismic retrofitting was done to address these deficiencies, especially in the Transbay Tube. 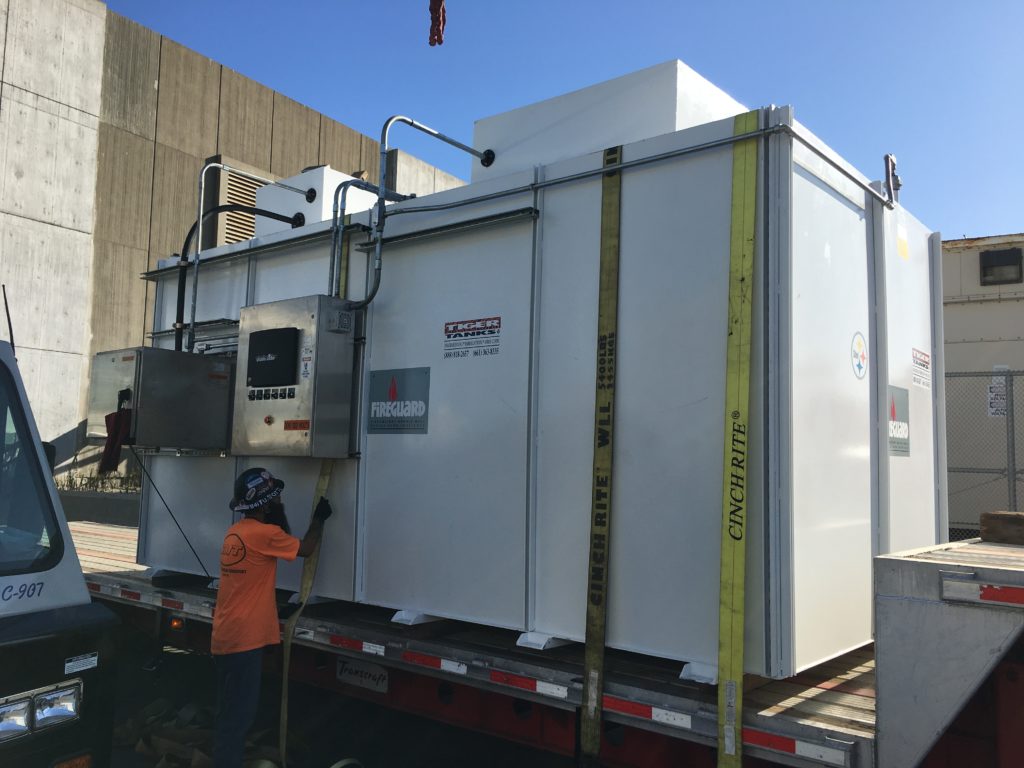 The Caldecott Tunnel is an East-West highway tunnel between Oakland and Orinda, California, through the Berkeley Hills. California State Route 24 houses its four borers. Named after the former mayor of Berkeley Thomas E. Caldecott, it opened as a two-bore tunnel in 1937. The third bore opened in 1964, while the fourth bore opened in 2013. Now the two oldest bores carry traffic eastbound and the two newest bores carry traffic westbound.

Signed as part of California State Route 24, the east-west tunnel links Oakland to central Contra Costa County. It is named after Thomas E. Caldecott (1878–1951), from 1930–1932, a member of the 1933–1945 Supervisory Board of Alameda County, and the president of the Joint Highway District 13, who designed the first two bores.

Remote Fill Systems is the premier source for remote fill tanks and systems for generator fueling. We are committed to providing knowledgeable and experienced support to our customers from design and application through startup and commissioning. Our team has many years of experience with fuel oil as well as long experience in industrial process control and mechanical HVAC and piping systems. We have developed innovative and cost-effective products in response to customer needs, including Concealment of the Remote Fill for Architects who want to retain the appearance of their designs. The Concealed Underground Remote Fill allows the appearance and beauty of a building to be undisturbed. The Concealed Underground Remote Fill provides a code compliance solution where the required clearance to building openings cannot be achieved with an above ground product. Contact Remote Fill Systems today for more information!