Micke Grove Park and Zoo were a gift from local philanthropists William and Julia Harrison Micke to the people of San Joaquin County. Their legacy lives on in the beautiful oak forested park that opened in 1938, as well as the numerous improvements that have been made since then. Millions of visitors have benefited from Micke’s wonderful gift. Micke Grove Park also has a Japanese Garden, the San Joaquin County Historical Museum, Fun Town at Micke Grove Amusement Park, and picnic shelters in a lovely setting.

Micke Grove Zoo is a five-acre zoo that houses amphibians, mammals, birds, reptiles, and invertebrates. The zoo that exists today is not the same as the zoo that first opened its doors in 1957. Micke Grove Zoo’s collection now prioritizes uniqueness and quality over size and quantity, with a focus on the welfare of the animal ambassadors who live here.

The Micke family donated the 258-acre (104-hectare) oak tree park to the county of San Joaquin in 1938. Ronald Theodore Reuther was the zoo’s first curator when it opened in 1957.

It now houses native animals and exotic species, some of which are endangered, and was once the smallest zoo accredited by the Association of Zoos and Aquariums. However, the zoo lost its accreditation in April 2006 due to aging exhibits and cramped veterinarian space. While the veterinarian space has been expanded and the department is supported by the University of California at Davis Veterinary Teaching Hospital, many exhibits are still in need of repair. 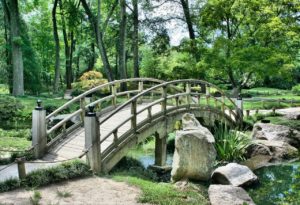 A variety of non-releasable raptors, tortoises, and lemurs are included in the current collection. Many endangered primates and birds, including parrots and tortoises from Madagascar, can also be found at the zoo. A snow leopard was added in 2014. Expansion was originally planned in 2010 to include Oriental small-clawed otters and a larger snow leopard habitat, but construction was halted in the middle and has been postponed until additional funding can be found .

Micke Grove Zoo is a member of the international Species Survival Plan (SSP) Program, which works to ensure the survival of wildlife that is endangered or critically endangered in the wild. The captive breeding of Golden Lion Tamarin, Chilean Pudu, and Waldrapp Ibis at Micke Grove Zoo has made significant contributions to the SSP Program.

The Association of Zoos and Aquariums SSPs facilitate the breeding of threatened and endangered wildlife that are on the verge of going extinct in the wild. Micke Grove Zoo is one of many zoos which has the opportunity to be involved in these programs.

Micke Grove Zoo is passionate about the contribution it makes to conserve wildlife and uses every opportunity to educate students and zoo visitors on wildlife issues.

Micke Grove Zoo is a wonderful place to take your family. From the moment you walk in, it’s easy to see that this zoo has plenty of space for animals and their habitats. The best part about all these exhibits? All are free! If you’re looking for something fun to do with your kids or just want some time out on an adventure, then stop by Micke Grove Zoo today.