The Golden Gate Bridge, which has been constructed during the Great Depression era, stands at the entrance to California’s San Francisco Bay to reflect American naivety and determination. Today, this beloved international icon and true engineering wonder carries about 40 million vehicles a year and serves not only as a vital transport link but also as a major travel destination for millions of visitors from around the world.

The Frommer’s travel guide describes the Golden Gate Bridge as “probably the world’s most majestic, definitely the most photographed, bridge.” At the time of its opening in 1937, it was both the world’s longest and highest suspension bridge, with a main span of 4,200 feet (1,280 m) and a total height of 746 feet (227 m).

The Golden Gate Bridge is very simply impressive, with towers soaring 746 feet/227 meters into the sky, its span arcing across the mouth of San Francisco Bay, and everything painted bright red-orange.

The bridge itself, or the Golden Gate Bridge Welcome Center, with a fun look at the past of the bridge and the original 12-foot stainless- steel ‘test tower,’ used in 1933, can be simple (and free). It is really convenient.

You’ll learn, first of all, why the bridge called the “Golden Gate” is actually orange. The mouth of San Francisco Bay — the narrow strip to which the bridge stretch — is widely known by the early explorer John C. Fremont, to be called the Chrysopylae (Greek “Golden Gate”). The bridge is also meaningfully named for the expanse of water that it passes over. (Captain Fremont felt the Strait looked like a strait in Istanbul, called Chrysoceras or “Golden Horn”). Yet what about the hue of the crimson? Consider it a surprise that is unexpected. When the bridge steel was first built, it only had a red primer. A consulting engineer liked it, suggested retaining the color and helping to create the final color of the bridge. 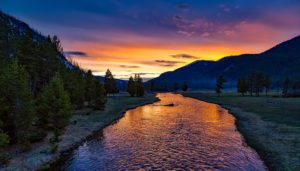