The Stockton Arena is part of a historic, waterfront entertainment complex that includes Banner Island Stadium, home for the Stockton Ports minor league baseball team, and the University Plaza Waterfront Hotel, both part of the Stockton Waterfront Events Center.

The Arena is part of a master planned waterfront concept on the western edge of the Central Business District downtown. The venue designed by 360 Architecture is located next to the Stockton Ballpark. The arena was conceived as a multi-purpose sports and event center as part of the enhancement of the quality of life in the city. Delays in construction and inclement weather forced the Stockton Thunder and California Cougars to play on extended road trips during their 2005/2006 season launch. On 2 December 2005, Stockton Arena opened its doors to the public with a concert by Neil Diamond.

The first sporting event, on December 10, 2005, was a Stockton Thunder hockey game in front of a sold-out crowd of 10,117, a game where the Thunder defeated the Phoenix RoadRunners 4-0.

The 2008 ECHL All-Star Game, World Wrestling Entertainment House shows for both SmackDown / ECW and Raw, and the July 26, 2008 EliteXC: Unfinished Business MMA event, were held at the Stockton Arena. The California Cougars captured their first ever league championship in the Stockton Arena on March 15, 2009, as the PASL-Pro North American Champions of 2008–2009.

The arena hosted the “Stockton Showcase” on December 9, 2009, featuring a match between the nationally rated California Golden Bears and the Pacific Tigers men’s basketball teams in front of 8,704 people, the biggest crowd ever to see a Stockton-based Pacific Tigers basketball game.

The San Jose Sharks revealed on June 19, 2014 that on September 23rd the arena will host a split-squad exhibition game between the Sharks and the Vancouver Canucks. The Sharks scored 5–3.

The arena hosted ArenaBowl XXVIII on August 29, 2015, featuring the Jacksonville Sharks and the San Jose SaberCats playing in what would be their final game. 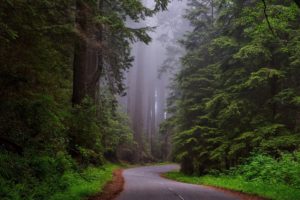